I’ve never really been a person that will buy an album and sit and listen to it the whole way through, I tend to find a song I like and just listen to that until I find another song I like by the artist through what I guess would be random selection. However, I’ve gotten much better at actually listening to albums the past year or two, so I thought I would start a little series where I go through an album that I like, showing you my favourites and what I think about the songs.

So, for the first one i’ve picked my current obsession; Art Angels by Grimes. It’s not a new album by any means, it’s just one that i’ve been really enjoying recently.

Released in 2015, Art Angels is Grimes’ fourth studio album. Like every album, there’s some tracks I like more than others, but there isn’t a track I actively don’t like. Which is great!

Right off the bat, I know Grimes isn’t going to be to everyone’s taste. I wouldn’t describe her music as particularly ‘accessible’ or ‘mainstream’. It is quite pop based and synth-y. It’s very unique, but if that’s what you’re into, I highly recommend her music.

I can’t stress enough how difficult I found picking a favourite song from this album. I’ve been listening to Venus Fly, Flesh Without Blood and Realiti an obscene amount over the past month, but i’ve also been listening to other songs from the album almost as much. 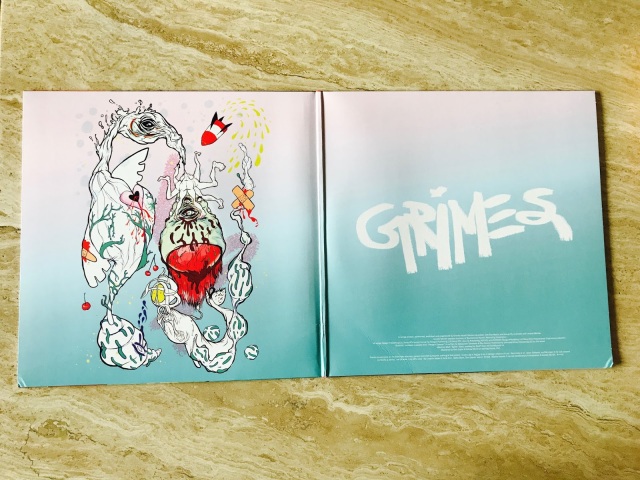 Track by track:
laughing and not being normal
This one’s mostly an intro. It does have a little bit of singing, but not much. Like I said, it’s not my favourite. But it’s fine, you know?

California
This one is very upbeat and pop. Also she sings in an impossibly high pitched voice, which I know is an effect, but every time she hits the a note in California i’m surprised.

SCREAM
Haven’t the faintest clue what is said in any of this song to be quite honest- all of it is in Mandarin, courtesy of Aristophanes. And there’s a lot of growling? But I actually quite like it? In a weird way? The lyrics go from being sexual to really weird within a matter of seconds. All in a day’s work for a Grimes song really.

Flesh Without Blood
This is the song that really good me hooked on this album. If you’re looking for a good way in to Grimes, I highly recommend this one. Also, those lyrics. There’s just something immensely satisfying about singing I don’t care anymore.

Belly of the Beat
This reminds me a bit of a mix between Artangels and Flesh Without Blood. It’s got a catchy beat.

Kill V. Maim
Kill V. Maim goes back to super produced synth. To be honest, that’s the part I like the most about her music, because you can almost hear the effort that goes into each track. It also sets her apart from other music.

Artangels
Despite being the titular track, when I was listening to each song to write about it, I wasn’t sure what this one was when it came on. Artangels is very pop. It’s easily the most mainstream/pop song on the album. Not my favourite, not my least favourite.

Easily
This is probably one of the less highly-produced songs. There’s less going on in Easily than a lot of the other songs, it’s just really singing and the music, rather than crazy synths. I really like this one, it’s much more stripped back than some of my favourites, but it’s a fresh contrast to the rest of the album, whilst still being classic Grimes.

Pin
Pin always reminds me of dream pop, a mixture between that and super sweet sounding electro pop. I can’t think of a better way to describe it than that to be honest. It’s catchy.

Realiti
Grimes originally had this as a demo that didn’t get released because the file got lost, but it was so popular with fans that it got rerecorded and put on Artangels. And honestly I am so grateful because this is definitely one of my favourites. Tied with Venus Fly. The demo version is also pretty great. I reckon this is probably one of the most catchy songs on the album.

World Princess part II
Don’t really have that much to say about this one, classic higher pitched Grimes. Quite a lot of electro/synth.

Venus Fly
As I mentioned, Venus Fly is one of my favourites from the album. It’s also probably one of the weirder songs (obviously after Scream) but I love it. I also quite like Janelle Monáe so that probably helps too. If you liked Flesh Without Blood you’ll probably like this one.

Life in the Vivid Dream
This is a very short song. Which is a shame, because it’s quite deep sounding. I’d say it’s the album equivalent of an intermission, but it’s the second last song on the track list, so ….?

Butterfly
Butterfly mixes a lot of synth with very pop vocals and beat. I feel like the overall ‘feel’ of this song changes quite often throughout it, which confuses me a bit. Almost like you’re listening to different songs.

Videos
Something that I really love about Grimes is how wonderfully weird her music videos are. The sheer amount of production that goes into every one of her videos always blows me away. She directs and edits all her videos herself, which makes them all even more impressive in my books. That girl has serious skills.

* This video is using the demo version of Realiti, rather than the album version.

Bonus
As a bonus, the vinyl comes with an MP3 download code.
It also comes with seven double sided pieces of artwork, which is an amazing bonus. 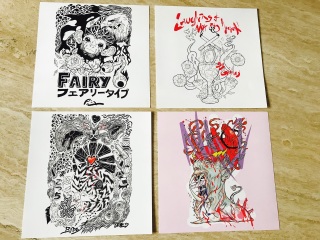 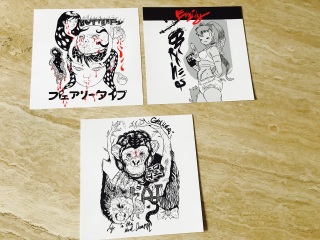