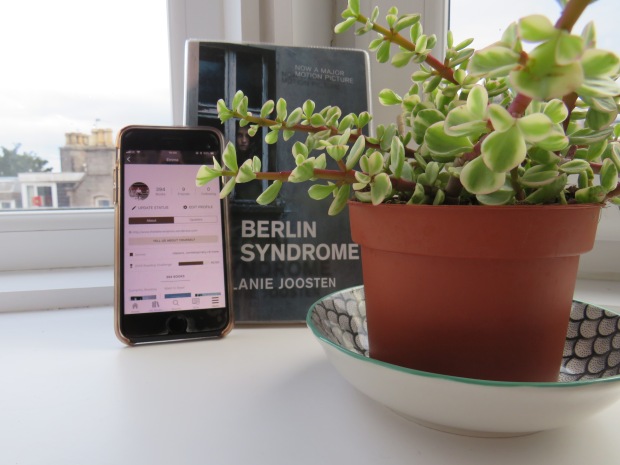 I say this at the start of every month, but I am constantly surprised when the start of a new month rolls around.

However, it is now September, which means it’s time to share all the books I read in August with you all.

I read a fairly respectable five books, which I’m fine with, and it means I am now SO CLOSE to actually completing my goal of reading 50 books this year. I officially have less than 10 books left and it’s only September. What a time to be alive.

This was also a month filled with audiobooks and not an awful lot of physical books, as I naughtily took advantage of an audible sale… oops.

I ended up picking Radio Silence up after one of the Booktubers I watch spoke about it in so many videos. I don’t really know what I expected before going into it, but it does get really good ratings on Goodreads. I’m not really the biggest fan of YA literature anymore, being almost mid-20s, so I was remaining optimistic, but not expecting to love it.

I will start by saying that Radio Silence is written really well. It follows a young girl called Frances, who lives and breathes school work to the outside world, and her sole goal is to get into Cambridge. She’s almost  afraid to let on to people what she actually really likes, which is a podcast called Universe City, doing fan art on Tumblr and wearing quirky fashion. She meets Aled, twin brother of Carys, her former best friend who ran away after she kissed her, and befriends him, before realising that he is the creator of her beloved podcast.

The rest of the novel follows her journey through exams and deciding what’s next, and examines the relationship between Frances and Aled, Aled and his best friend Daniel, Frances and school and more.

It was a really easy read, and I did fairly enjoy the story, but my main gripe was that I felt too old to read it. I was never massively into Tumblr although I used it when I was 16/17, and I didn’t have a lot of interest in fandoms, so I really didn’t feel like I could relate to the main character. Especially when she described her whole life as focused on school and getting into a specific university (which is actually really not that important for anyone who is at that stage of their life). I gave it a three star rating, which is largely attributed to the fact I think I just would have enjoyed it more had I been younger.

I’ve known about these novels for years, and this has been out for more than 10 years now, but let me tell you, what a wild ride. For anyone who isn’t already aware, the Logan McRae novels follow him as he works for Grampian Police (no longer even a thing) in Aberdeen, Scotland – aka, the city I am from. The entire series is set in streets and buildings that I’ve been in many times, that I know well. I don’t know how many people have read fiction about places they’re actually from, but it’s very odd and exciting in equal parts.

The novel follows the police as they try to solve an epidemic in the city where children are both going missing, and showing up dead. The officers have to work against the clock to find children reported missing before they wind up in the same circumstances as the dead children.

I LOVED this novel. I don’t know if it was the excitement of reading about my hometown or not, but I rated it a solid five stars. It’s been a really long time since I read a straight up detective crime novel, which I used to love, and it was definitely worth it. I’d wholeheartedly recommend this to anyone – but especially if you’ve ever been to or lived in Aberdeen.

I picked up Our Endless Numbered Days in the Audible sale either in August or at the end of July, not really knowing much about it, only that it sounded quite interesting from the synopsis.

It follows Peggy, who is whisked away to live in the forest by her survivalist father, believing that everyone in the world has died, and they are the only ones left. Young and impressionable, life out in the cabin in the woods seems like a holiday to Peggy, who never has cause to question what she’s been told.

As she gets older however, life gets a bit more difficult for Peggy, who spots boots when she’s out in the snow one day, which leads her to escaping her confinement and returning home. That’s not even a spoiler – you know the ending of the book from page one, which is interesting but a bit annoying. The story isn’t really about the ending though, it’s how she ended up getting there.

I ended up giving this a three star rating, although the premise was really interesting to me, in all honesty I found the main character a little irritating. Coupled with the fact I didn’t really like the audible narration, I felt it wasn’t quite what I’d hoped for, although I enjoyed it nevertheless. There’s also sexual abuse portrayed in the book, which is told in a really odd way, which makes sense nearer the end (which I won’t spoil obviously). The passage of time didn’t really sink in with me, or with Peggy really, who remained very childlike despite the fact she’s around 17 when she returns to England, attempting to adjust to normal life again, and the realisation of what has happened to her. 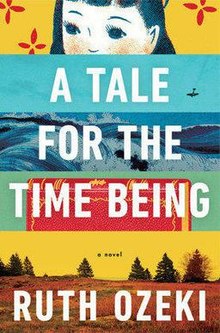 A Tale for the Time Being by Ruth Ozeki

Another book that I picked up in the Audible sale, this was a rare find, and one that I had no idea what to expect from.

It’s split into two perspectives, Nao and Ruth, who live very different lives. Nao, a 16-year-old Japanese American teenager’s life is turned upside down when her dad loses his job and the family moves back to Tokyo from California, where Nao has lived her entire life. She’s constantly subjected to severe bullying at school, convincing her that she is going to commit suicide, and dropping out of school. Before she does so however, she decides to write down the story of her great-grandmother Jiko, a 104-year-old Zen Buddhist nun. In the process, she logs all her thoughts and what happens to her and her family over a number of months in a diary, written specifically to be read by someone else. The diary, alongside other items, washes up on a beach on a remote island in Canada, which is picked up by Ruth, the other protagonist.

Ruth makes it her mission to read the diary fully, and to learn about Nao, with the hope of finding her, and finding out what happened eventually. Her story follows the daily life on an island where power goes out, and all the inhabitants know your business, while trying to figure out the mystery of Nao and her family’s life.

There’s some magical elements to the story at the end, which honestly I could have done without, but I liked the rest of it a lot so I can let that slide. It’s full of interesting narrative, and there’s a lot of interesting comparisons between Nao and Ruth, even though they are connected by chance.

Definite five stars from me, and I’d recommend to anyone.

The only physical book I actually read last month (not counting ebooks) was Berlin Syndrome. It’s been turned into a film relatively recently, which I’d actually seen the synopsis for and noticed it was based on a book, so obviously I wanted to read the book first before watching the film.

It follows two characters, with shifting narrative, Andi and Claire. Claire is travelling around Europe doing architectural photography, and is in Berlin when Andi, a local, spots her. He’s quickly enamoured by her, and follows her to various spots where he hopes he can discreetly ‘bump’ into her. After a night where she comes back to his and they sleep together, Claire wakes up to find that she can’t actually leave. Putting it down to habit, she stays another night, only to find that again she is locked in. It soon becomes apparent to her that she is locked in for good, and that Andi has no intention of letting her leave.

It’s more of an interesting concept than purely ‘girl taken as prisoner’, Claire ends up with confused feelings of not wanting to leave, but also trying desperately to get out at any opportunity. It also follows Andi’s thought process, and how he genuinely believes that he is keeping Claire hostage out of love, and his fear that if he grants her her freedom, she will abandon him and never come back.

I thought the ending was a bit iffy, but ended up giving Berlin Syndrome four stars.