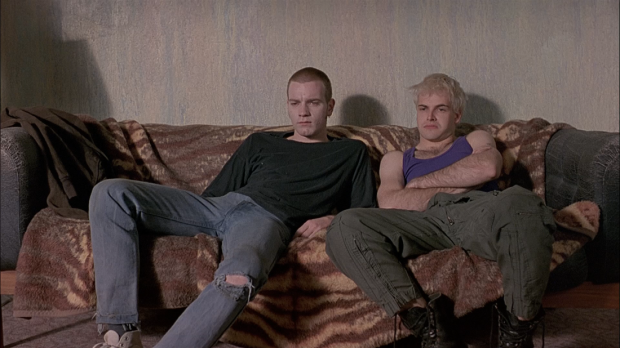 For the most recent instalment of ‘Spotlight on’ I thought I’d go with the soundtrack to one of my all-time favourite films- Trainspotting.

Its been a massively long time since I’ve actually compiled one of these posts, but I’ve been listening to a lot of the Trainspotting soundtrack recently so it’s definitely due.

But let’s be honest, I’m always listening to the Trainspotting soundtrack.

Yes- it’s not the most flattering portrayal of us Scots, but that doesn’t make it any less brilliant. And brilliant it is.

So what kind of soundtrack does a gritty film about heroin addicts have? Why is it worthy of a spotlight on (I hear you all cry in the background- or not?)?!

This is my absolute favourite musical scene in the film. Probably because I love both Temptation and Atomic, but the way the music changes as the camera pans onto Diane is fantastic. 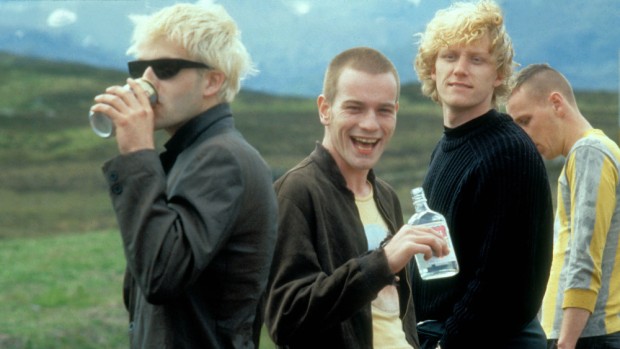 The classic. Picture them running through the streets of Edinburgh. It’s just such an upbeat and positive sounding song, that you can’t help but tap your foot to.

It’s also a bit ironic, because I doubt you can really say any of the characters in Trainspotting have a lust for life.

This is probably one of my favourite, if not my absolute favourite, song on this album. It’s a cover version of Blondie’s famous track, which is my favourite song of the band’s anyway. This is a great cover, it stays true to the original but has its own gritty feel. I struggle to hear this without picturing Renton noticing Diane.

I absolutely love this song. A fan of New Order anyway, this is probably one of my favourite songs of theirs. In the film, it’s the soundtrack to Renton trying to come off drugs, so being called Temptation is apt.

Although unlike his sickness, New Order’s Temptation is a super joyful sounding piece of music, obviously with the vocals that are very typical of the band.

Now i’m not usually a big fan of Iggy Pop, and there’s not one, but TWO of his songs on both the album and my stand out tracks, so that should tell you something.

This is a lot more chill than Lust for Life, and has a much slower tempo, but it’s still sickeningly catchy.

Impossibly chill, it makes sense that this is the song used when Renton slips into the ‘hole’ after taking his hit. Fitting for a heroin addict then that such a strong reaction is depicted as a perfect day- the last perfect day before he needs to change his ways.

Another absolutely iconic song. I think you’d be hard pressed to find a British person who doesn’t recognise Born Slippy to be honest.

At its core, its just a great dance song, isn’t it.

What makes this album so different in my mind is the mix of music that it encompasses. It’s horrifically bleak but also weirdly catchy.

It’s gritty, both upbeat and impossibly mellow to fit in with the different moods of the film, representing their highs and lows accordingly.

And just for the record- my favourite character is Sick Boy.