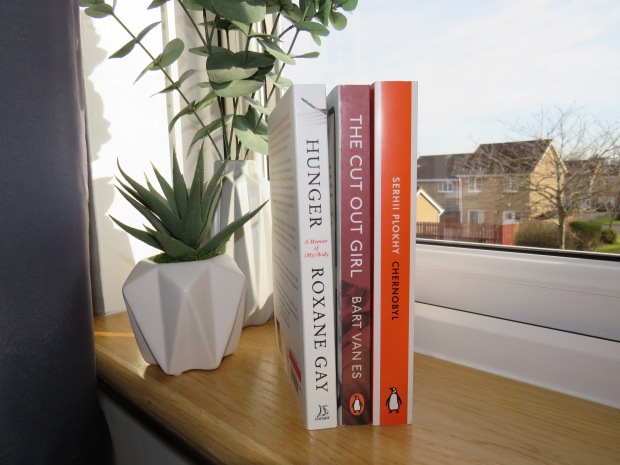 I’ve decided to begin doing a series where I pick three books of the same genre or theme I have on my shelves to read, and speak about each of them.

These might be a mixture of read books in the form of a mini wrap-up, or could be more of a to be read format.

For my first three picks, I thought I would start with three books that I’ve very recently picked up, with the first genre covering non-fiction.

This year I’m making a conscious effort to read more non-fiction, as it’s always been a genre I’ve been a little afraid of.

I tend to find them a lot harder to get through than others, but 2019 is going to be the year I hopefully read at least one a month. So far, living up to that goal. It is only the beginning of the year though!

None of these I’ve read yet, as I’ve just picked them up in the past week or two, if you’ve read them let me know! 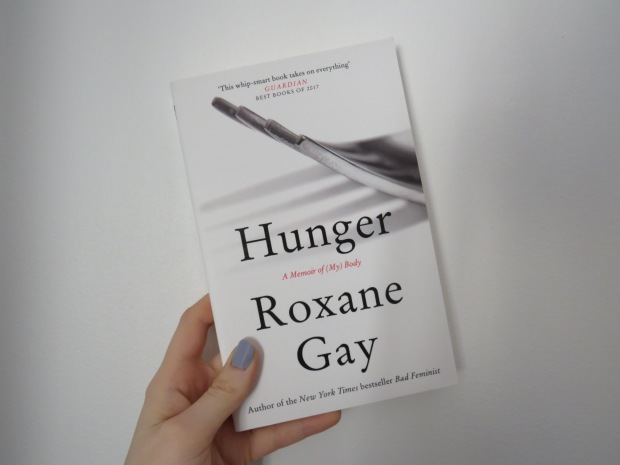 I’ve been interested in reading Hunger for quite a while, but ended up picking it up for my Reading Women challenge. It’s a memoir about Roxanne’s life and her relationship with food, but also the sexual abuse that she encountered, which resulted in her developing a complex relationship with consumption. It sounds very raw and doesn’t hold back, so I can imagine it’s going to be a bit of an upsetting read.

The Cut Out Girl by Bart Van Es

You’ll probably have heard of this one recently as it was picked to be the Costa Book of the Year 2018. It’s about a girl who was given away by her Jewish parents in the Hague, in the hope that she would be save during the Nazi occupation. She survived, while her parents did not. After falling out with her foster parents, their grandson (the author) decided to find out what happened.

Chernobyl: History of a Tragedy by Serhii Plokhy

This won the Baillie Gifford Prize for Non-fiction 2018. Obviously about the 1986 Chernobyl disaster, it uses archives to recount the lives of the people who lived and worked there, and the story behind what went wrong, and the problems with the political system. I actually feel like I don’t know an awful lot about Chernobyl, so I’m really interested in finding out more.

I’ve planned out a few more three picks, but if you have any ideas of genres or themes or categories that you’d like to see, please let me know!

Have you read any of these non-fiction picks?